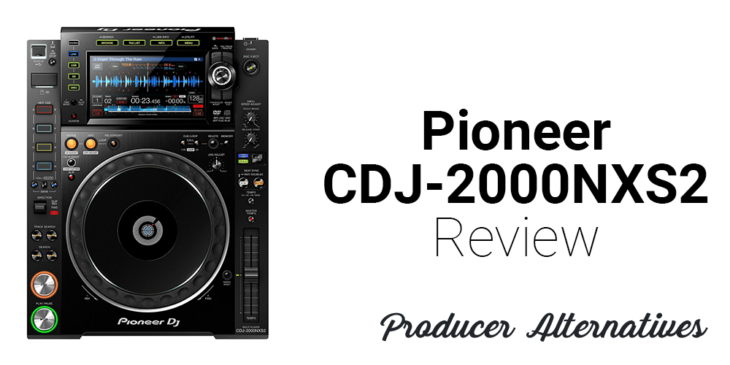 The CDJ-2000NXS2 is the current Pioneer flagship in an excellent range of DJ media players. It’s an update of the iconic CDJ-2000NXS, a CDJ that was found in every booth from every amazing DJ set you have seen over the past few years. Most of the pro-grade hardware and familiarity remains with the update, but the CDJ-2000NXS2 has some promising new features that are worth taking a look at.

You certainly have made it in life when you find yourself DJing on flagship decks such as CDJ-1000s. The CDJ-1000 was the pinnacle of all DJ gear back when it was released and was reserved for use mostly in highly produced festivals and clubs.

The CDJ-1000 ushered in a new era for DJs, an era which pushed DJs to ditch their crates filled with vinyl records for compact discs. The CDJ was the future, and Pioneer’s CDJ-1000 was the CDJ that would take us there.

The transition over from vinyl to CD was a difficult one, but a logical one. Vinyl was becoming hard to source. Long sets meant you had to carry heavy crates filled with vinyl, which also meant that you had trouble moving from city to city with your large cargo of records.

Playing exclusively on CDJs allowed you to walk into the club with just a bag filled with CDs and sourcing your music was as simple as downloading tracks from your favorite online store. The future of DJing just got easier and more accessible.

Just when you thought that things couldn’t get any better, a new era for digital DJs dawned upon us in the form of a new flagship CDJ, the CDJ-2000. The CDJ-2000 brought in extra functionality for fully digital DJs in the form of USB storage devices, SD memory cards, and Pioneer’s Rekordbox software.

Rekordbox allowed DJs to prepare their music ahead of their sets by quantizing tracks and setting hot ques. USB input meant that DJs could simply walk into a gig with just a USB thumb drive (or travel around the world with just a laptop and USB thumb drive).

The CDJ-2000 further evolved to include Pioneer’s trademark Nexus capabilities, which take the player to the next level of digital DJ perfection.

Now with the CDJ-2000NXS, you can prepare and play music through your smartphone, sync up all your decks, and take advantage of the excellent ‘slip mode’ to keep your beats in sync as you remix and perform.

The CDJ-2000NXS2 is the next big piece of DJ hardware that takes center stage in festivals and clubs around the world. At first glance, the player seems like a subtle update to an already amazing CDJ. However, when you dive deeper into the NXS2, you will notice Pioneer’s plans for the future of DJing.

The CDJ-2000NXS2 now has a larger seven-inch touch screen with an updated user interface. Selecting RGB waveforms allow you to recognize the different frequencies within a track.

The USB port has a colored LED outline. This is a subtle yet extremely useful new addition that indicated which USB is being used to play music. Just a single USB thumb drive can be used to supply music to all decks through the nexus connectivity. Knowing exactly which drive to remove when switching DJs can be a lifesaver.

Apart from a few minor, aesthetic changes around the screen and jog wheel, not much has changed. As general consumers, we look for drastic changes in newly released products, like completely new and advanced smartphone designs with every new iteration. DJs, on the other hand, prefer familiarity.

DJs want to be able to enjoy new gear the same way they did with a previous model. New features should be an optional and useful addition to the way you play your sets. The CDJ-2000NX2S does this well by staying true to its roots while providing impressive new features in its touch screen and hot cues.

You can prepare up to eight cue and loop points in Rekordbox and then assign them colors. This allows you to identify the colored cue points on the player easily.

The hot cue pads are basic and are stacked upright along the side of the CDJ-2000NXS2, which make it difficult to perform on, even with practice. If you are someone that loves to switch between cue points with an elaborate display of your finger drumming skills, then its best to hook up a DDJ-SP1 controller to your setup for additional performance features.

Easily Play Anything and Everything

Colors are also mirrored on the screen, which also gives you access to other tagging options like playlists and tracks. This allows DJs to easily identify or group tracks within massive music libraries, making track selection far more efficient and productive.

The track’ filter’ button adds more key functionality to track browsing by allowing users to filter their music by BPM, Rating, and Song Key. You can also filter tracks that are within a specified BPM range relative to the song that is currently playing. These track filters are also dynamic, which means that suggested tracks will change as you switch to playing other tracks.

Being the ultimate CDJ, the CDJ-2000NXS2 supports almost every digital format imaginable, which can be played through:

The CDJ-2000NXS2 is the industry standard. It is the ultimate flagship DJ dream gear that certainly has a price to match. If you own a club that hosts regular gigs and residencies of high profile global DJs, then the CDJ-2000NXS2 is what you need to have in your DJ booth.

As a regular DJ, having a CDJ-2000NXS2 in your bedroom to practice with is a bit overkill. Its kinda like buying a Rolls Royce or Buggati, only to drive it around your front yard. If you do plan on taking the player to gigs, then the risk of damage due to transporting it will be extremely high, given the price point.

If you are a promoter or club owner who wants to impress people with your setup, the CDJ-2000NXS2 might seem like a viable investment, especially if you wish to attract big-name DJs. However, if you do happen to invite beginner, overzealous DJs who don’t understand the product that well, they might make a mess of your gear which will add to an already high investment.

Highest quality pioneer media player to date. The CDJ-2000NXS2 is the industry standard and is used and loved by the biggest names in the business.

High-quality audio support with multiple inputs. A DJs dream is to be able to take things to the next level by playing high-res audio files on a flagship CDJ that’s hooked to an impressive sound system. High-res audio like FLAC files makes a big difference when played on a good sound system.

Improved track selection and touch screen. Track suggestions and track filters open up an opportunity for DJs to carry along massive libraries to every gig. This versatility means that you can easily play longer sets without having to prepare too much. The touch screen UI has massive potential and can be further improved with future firmware updates.

Expensive. It’s the price you will have to pay for the best Pioneer media player.

No need to upgrade for some. If you do play on the older CDJ-2000NXS and you are more than satisfied with your setup, then you might not find enough reason to upgrade.

The CDJ-2000NXS2 is still as magnificent as its predecessors where. It’s still on every DJs dream wish list and is still the preferred choice of every big-name global DJ. The new touch screen interface and the ability to sync up with other gear opens up a whole new list of possibilities that can alter the way a DJ plays his set on CDJs. If you are a DJ that’s on their way to the top, the CDJ-2000NXS2 will be waiting there for you.

Compare to Another Product 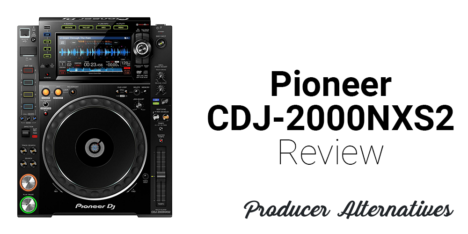 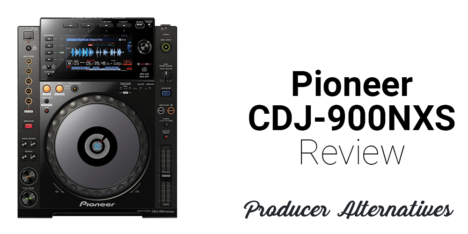