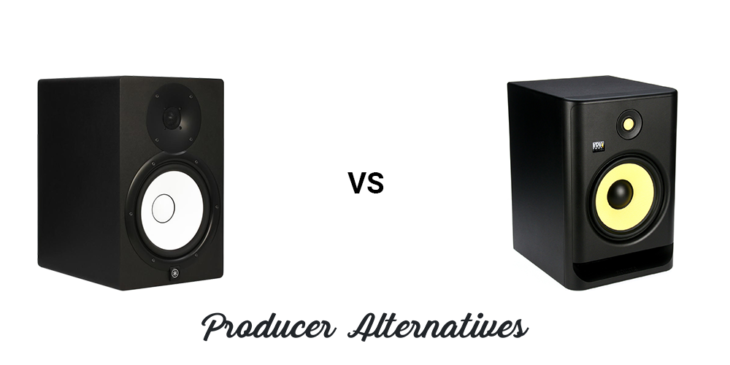 Two top monitors from two popular brands. Yamaha and KRK are two of the big monitor heavyweights and deciding between them is a tough call to make. The whole point of a monitor is to provide an accurate sound of your mix and we need to keep this in mind when deciding.

People often mistake monitors with speakers. Monitors are a different breed altogether and you’ll also get further refinements and differences between monitor designs. The Yamaha HS series is renowned for giving honest and accurate representations of your music and that’s why they prove to be so popular.

The KRK ROKIT series has been known to struggle with some of the low-end frequencies in the past. However, the new G4 series has been designed with more balance and so now we’re faced with that all-important question… HS or ROKITS? Let’s put them side by side to see how they line up.

The Yamaha HS8’s give you an accurate flat response that allows a true representation of your mix. With a range of 38Hz-30kHz, the HS8’s are suited to most music genres. The design comes with a rear-firing port so the monitors themselves will need to placed away from walls.

The ROKIT 8’s are loaded with features taken from KRK’s V-Series and this is where the ROKITS are going to shine. The Kevlar woofer and tweeter, the real-time EQ analysis on the LCD screen, and the front-firing port give you premium performance at an unbelievable price.

Yamaha HS monitors have always seemed to be the preferred choice because of that accurate flat response which is exactly what you need when mixing. However, the new ROKIT G4 spec is going to change a lot of minds and the front-firing port will be a big advantage for many users.

Yamaha, and especially the HS8 monitor, has been a longstanding favorite with many musicians and producers over the years. The high-performance drivers include an 8” woofer and a 1” tweeter. These high and low drivers combine to give you audio with a wide frequency range.

The drivers are bi-amped with 75 Watts (woofer) and 45 Watts (tweeter) in total and this means you’ll find no conflicting frequencies. Both of the low and high ends are pure and so your mix is going to sound all the better for it. You’ll get no surprises when mixing with the HS8.

The HS style is known throughout the music industry. The black and white drivers are sleek and they’ll make any studio setup look more professional in an instant. It’s not all about the looks though as this design also manages to optimize the sound and removes unwanted vibrations.

Yamaha has got a firm fan favorite in the HS series. The key is their natural sound and the accurate representation of music across all frequencies. This ensures that your mix is going to be balanced and the best it can be. You’ll pay slightly more for the HS8’s but, at the end of the day, you’re buying reliability and a proven product.

Pros of the Yamaha HS8

The KRK ROKIT 8’s are now into their fourth generation design and this time they mean business. With features taken from KRK’s premium V-series monitors, you’re getting some extremely impressive technology at even more impressive prices.

These monitors come equipped with an 8” woofer and 1” tweeter made from the robust Kevlar material. This Kevlar design gives the ROKITS a huge lift and the bass is as pure and true as it has ever been. This will be a delight to those who felt the bass was slightly too colored in previous models.

The efficient front-firing port means that these ROKITS can be pushed up against walls to save space without losing audio quality. The Class D amp gives you high-end sound at cool operating temperatures and the back panel holds the useful LCD screen for real-time EQ adjustments.

It’s hard to believe the price as you read through the ROKIT G4 features. It looks like KRK has listened to their critics and they are now giving them what they really want. The ROKIT 8 G4 is a natural sounding monitor that gives a deep and dynamic “sweet spot” suited to many genres.

So, the age-old battle between Yamaha and KRK monitors is now at a crossroads. Over the years we have been asked this same question many times. The HS series from Yamaha always came out on top. It’s not to say that the ROKITS were bad but the overall quality of the HS monitors gave you a better mix. Yes, the ROKITS did sound great but the fact that they tended to be unreliable in the low-end meant that you often ended up with unbalanced mixes.

If the price is a major factor then the KRK monitors win hands down, you can grab them for a lot cheaper from multiple sources. However, there is a reason why Yamaha has enjoyed the majority of the success over the last few years and it’s the natural sound and true representation comments that keep reappearing. It makes no surprise when you consider that sound accuracy allows you to make the best possible mix and this has been Yamaha’s strength.

The often negative comments about ROKIT’s colored low-end frequencies proved too many times that they weren’t quite up to the job (for professionals anyway). The sound is impressive but it’s the accuracy that matters most and it just seemed to lack that low-frequency quality of the HS series. However, the new ROKIT G4 spec shows that this bass issue could well be fixed. The premium Kevlar drivers give the ROKITS the boost in quality that they so sorely needed, especially when it comes to producing those accurate low-end frequencies.

If you want reliability and a proven product then the Yamaha HS8 is going to be a strong option for you. You’ll need to spend a bit more but at least you know that you are getting a tried and tested monitor capable of mixing various music genres. The HS8 spec is solid and it’s widely regarded as the go-to budget monitor for studio use. However, with that said, the KRK ROKIT G4 monitors are new to the scene and time will tell if they can knock the HS series off the top spot. So if you’re looking for a monitor with modern-day features at a competitive price then we’re going to sway towards the KRK ROKITS. The new ROKIT 8 spec looks like a bargain and we think it should place KRK as the new go-to brand for budget studio monitors. 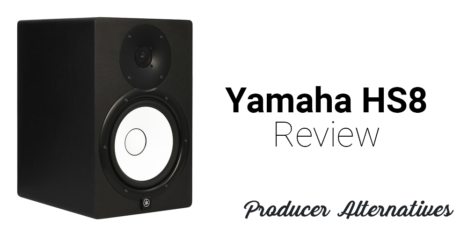 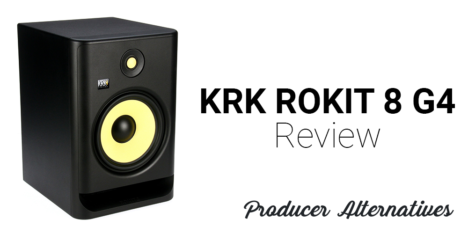