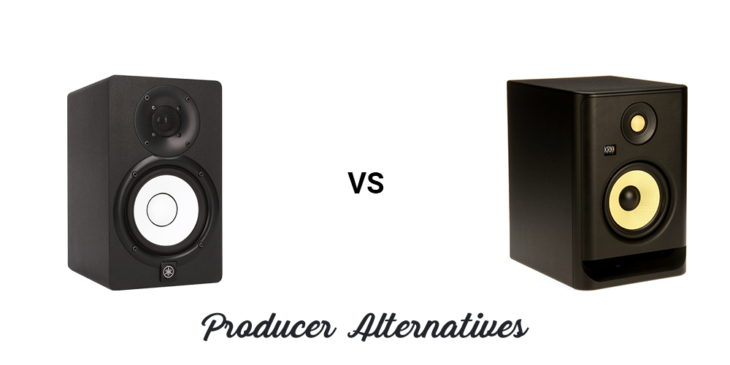 If you are in the market for some compact monitors to finish your studio setup then look no further. The Yamaha HS5 and the KRK ROKIT 5 G4 are two leading designs that both provide suitable mixing capabilities in small sized rooms. Deciding which monitor to opt for is a tough decision though.

The spec of the ROKIT G4 series looks very promising with the new list of state-of-the-art features and strong construction material. The whole design looks premium when in fact KRK are selling these monitors in the budget price range. It could well be a game-changer for KRK.

Yamaha has enjoyed a lot of success with their HS series and they will continue to do so. The reliability and accuracy factors of their sound are well respected across the music industry. However, the new ROKIT G4 series looks like a strong contender but is it better than the HS5? Let’s take a look.

The Yamaha HS5’s are a perfect choice for bedroom producers and beginners. The compact 5” monitor gives you an accurate response to ensure a balanced mix is achieved every time. It comes with a rear-firing port and the 54Hz-30kHz is just right for small-sized rooms.

The ROKIT 5 from KRK manages to squeeze a number of features into its compact unit. The automatic optimization and app controls bring a new dimension to monitor setup. The low-end frequencies have been improved and you’ve got a lot more control within its 43Hz-40kHz range.

The wider range of frequencies on the ROKIT only becomes relevant if you’re mixing bass-heavy music. As long as you’re using these monitors in a small-sized, acoustically treated room then the frequency range is more than adequate on the Yamaha.

The new ROKIT spec looks like it can now compete with the rounded Yamaha HS sound that has become so reliable. So we see the final decision between the two monitors will come down to the onboard features and overall performance.

The HS5 from Yamaha is a favorite with many home-recording musicians and producers who are just starting out. The 5” woofer and 1” tweeter are best suited to the smaller sized rooms and anything bigger would be overkill. The HS5’s are perfect for first-timers.

The Yamaha HS accuracy is still very much apparent and this is enforced with the fact that the drivers are bi-amped with 45 Watts (woofer) and 25 Watts (tweeter). This bi-amp design gives you a balanced range of frequencies and sets you up for a more professional and complete mix.

The Room Control and High Trim features give you the chance to further optimize your sound for that professional edge. The HS5 not only sounds professional but it looks just as good with its simple, stylish design. Your setup will instantly look the part with a pair of HS5’s in front of you.

The natural sound and accurate audio representation are the main factors when people choose the HS series over other brands, including the KRK ROKITS. It does come at a cost though and you’ll pay slightly more but accuracy and reliability are essential when creating the right mix.

Pros of the Yamaha HS5

The KRK ROKIT 5’s come with a host of new features and a build quality worthy of a much bigger asking price. Some of these features have been taken from KRK’s premium V-series monitors so you’re getting high-end technology at budget prices which is a huge factor.

The ROKIT 5’s come with a 5” woofer and 1” tweeter, both of which are made from Kevlar material. A big criticism of the previous ROKITS was the lack of quality in the low-end frequencies. The use of Kevlar drivers is a big step forward in fixing this bass issue.

Along with the Kevlar woofer and tweeter, we can see the whole monitor unit has been designed to improve the accuracy of the sound. The front-firing port also helps in boosting the low-end response and the onboard LCD screen and KRK App help to optimize your setup levels.

Everything about the KRK ROKIT 5 G4 monitors is geared towards a dynamic and wide-ranging “sweet spot”. It looks like the major issues have been addressed and this new and improved ROKIT monitor could well be the new go-to choice for musicians and producers on a budget.

The tried and tested Yamaha HS5 or the new and impressive looking spec of the ROKIT 5 G4? It’s almost too tough to call, but we’re here to help you make that decision. So now that we’ve looked through each of the monitors and how they stack up on the specs, we can see a few areas where you should be able to make a decision of one over the other.

The HS5 monitors have always been a great place to start for beginners. They offer a flat audio response for easy mixing and the price point doesn’t break the bank. As most beginners will be using these in their bedrooms then the HS5’s can also couple up as useful speakers, although we recommend not to use them for casual listening if possible, but the option is there if you want it.

The ROKIT 5’s have been given a makeover and the new spec looks really impressive. The bass and low-end issues have been resolved and the new state-of-the-art features are going to appeal to beginners and bedroom producers. The ability to optimize your sound to match your environment and the clever use of the KRK App are two big advantages that come with the ROKIT monitors.

It’s clear now that with the new ROKIT G4 design that both companies have succeeded in designing entry-level monitors but this article needs a winner! So, we have decided to lean against the new ROKIT 5’s. The HS5 has been a long-standing favorite for many musicians over the years but the new ROKIT spec pushes KRK into the modern age with some excellent use of technology. The flexibility you get with using the App and the new and highly improved Kevlar drivers pushed this monitor across the finish line as number one. 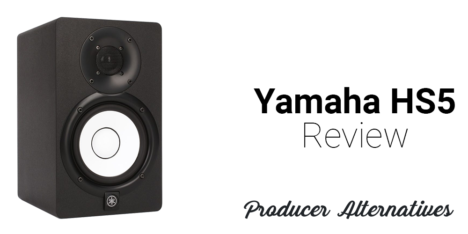 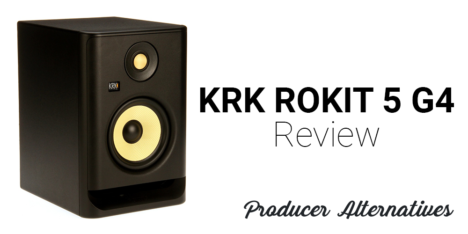